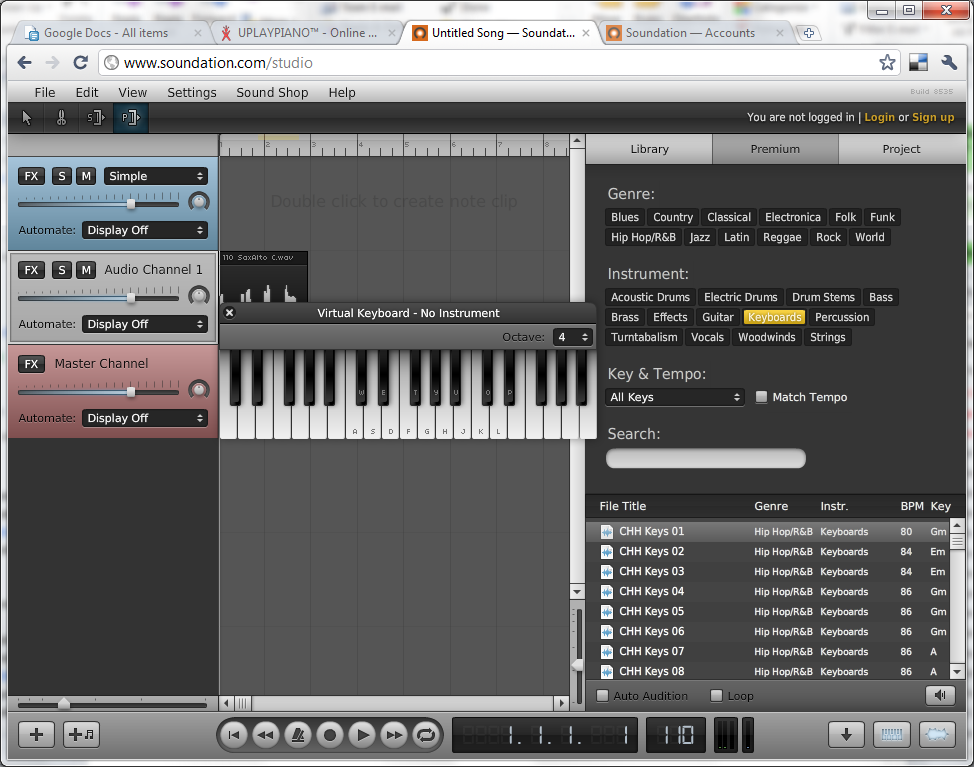 http://soundation.com/ It’s incredible what’s happening in the online application world.  This is THE direction of software – and mostly, it’s good news (unless your a speed or power user).  Soundation provides a credible, easy to use environment for recording and loop based music making.

I was up, running and making recordings in minutes.  Very cool.

Bottom line:  There’s a lot going on here, some pretty amazing stuff under the hood – and they’ve done something that delivers features for free that would have been unheard of 5 years ago.